The following gene mutations and fractures where found in the following six individuals as results from the Fluoroquinolone DNA-adducts:

CYP - Cytochrome P450 family and subgroups.4 Responsible for the metabolism of many drugs and environmental chemicals that it oxidizes and neutralizes

NAT - N-acetyltransferase NAT1, NAT2. The NAT acetylation polymorphism is important because of its primary role in the activation and/or deactivation of many chemicals in the body's environment, including those produced by cigarettes as well as aromatic amine and hydrazine drugs used medicinally. In turn, this can affect an individual'cancer risk.

COMT - Catechol-O-methyltransferase, Catalyzes the transfer of a methyl group from Sadenosylmethionine
to catecholamines, including the neurotransmitters dopamine, epinephrine, and
norepinephrine. 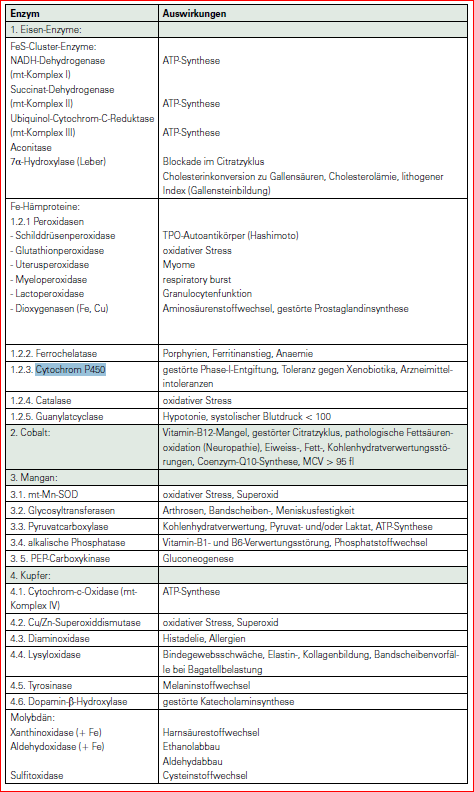 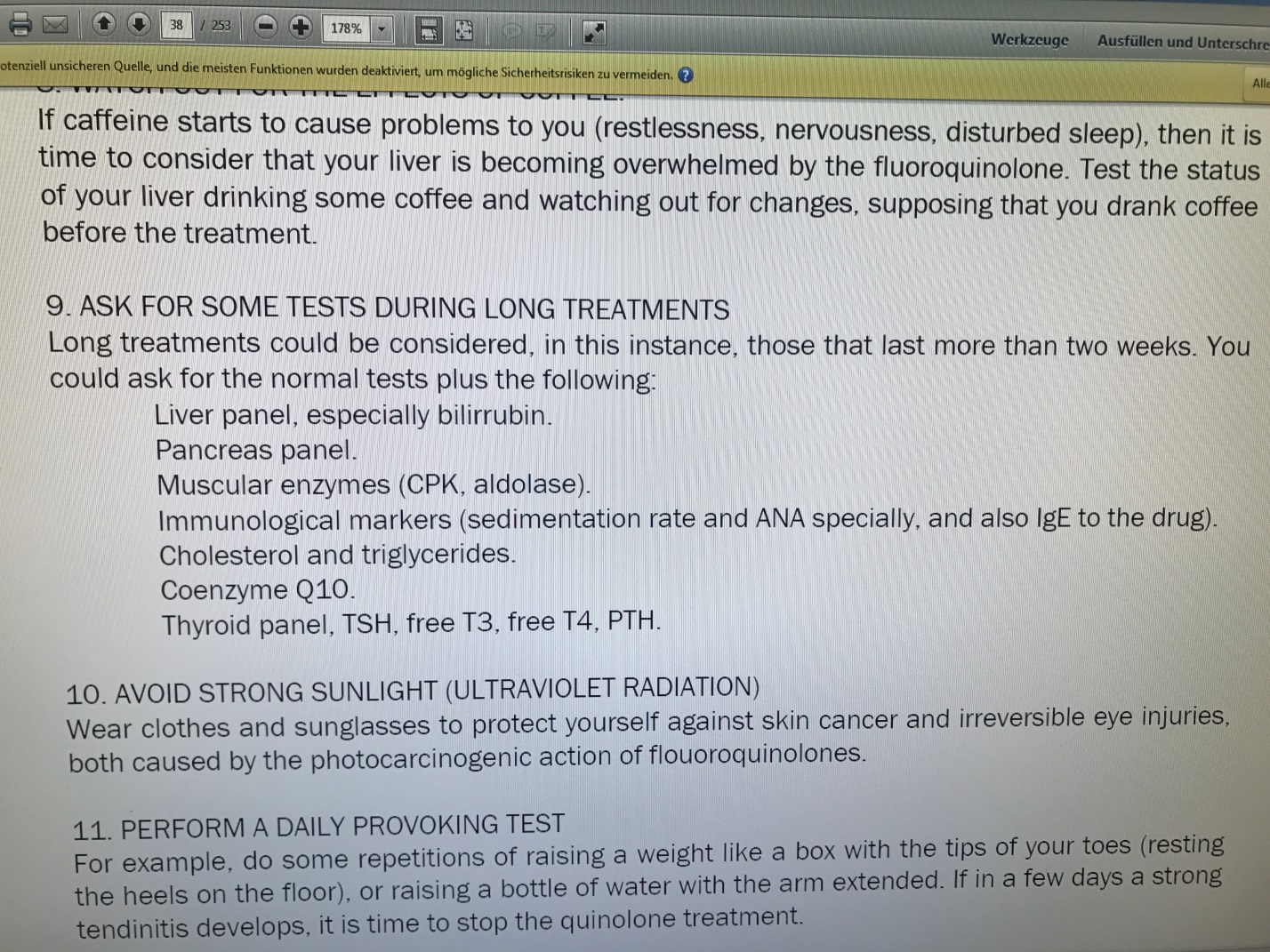 
TESTS:
All medical tests should be interpreted by a trusted health provider. The ability for floxies to obtain tests varies via individual situations. Some floxies have the ability to obtain necessary medical care, while others have limited means and thus limited access to testing. Because of this, where applicable, I have listed by each test information on each test and a link to a lab for low cost testing. Lab tests can vary tremendously in their price between labs. I occasionally shop around to try and find the lowest cost, on average. Obviously, no one is under any obligation to use this information, it is just provided as a service to those who wish to use it. If any monies are generated from low cost lab affiliate links, it is donated to FQ research, I never personally profit. Read my monetization policy here.
A description of some of the more common test abnormalities seen on each test, anecdotally observed and shared by floxies, is listed in the section directly below this section.

Your doctor may also want to rule out rheumatoid arthritis, lupus, drug-induced lupus (anti-histone antibody test), Lyme disease, Sjörgren’s syndrome, multiple sclerosis, fibromyalgia, mixed connective tissue disease, polymyositis, neuromyotonia (NMT, aka Isaac’s syndrome), and erythromelalgia depending on your symptoms.
If experiencing excessive bruising or dark blue spots under skin of limbs (petechiae or purpura), ask your doctor if prothrombin time (PT) and partial thromboplastin time (APTT) tests are advised.
For neuropathy, nerve tests of nerve conduction studies that check demyelination of muscle control nerves and electromyography (EMG) that measures muscles and nerve-muscle junctions may be abnormal in severe cases wherein reduced muscle output and muscle wasting are experienced. Skin punch biopsy to count damaged small fiber nerve axons is the most reliable test for FQ neuropathic pain, particularly with sensations of diffuse pain, burning, or buzzing. Unless severe and disabling, waiting 3 months before testing can increase likelihood of measurable damage on tests. In less severe cases, only the skin punch biopsy may be abnormal. Despite the usefulness of QSART in diagnosing peripheral neuropathy as reported in medical literature and the commonality of suffering changes in sweating response such as lack of sweating, no reports of test results have been shared thus far.

A description of some of the more common test abnormalities:
(highest priority tests:)
• Very many sufferers have low vitamin D, commonly with poor responsiveness to supplementation.
• C-reactive protein (CRP) and erythrocyte sedimentation rate (ESR) and lactate dehydrogenase (LDH) indicate inflammation or cell death and can justify musculoskeletal symptoms, with CRP most commonly being high during the early months.
• ANA tests are often abnormal with speckled pattern (indirect immunofluorescence microscopy) or high titer numbers (ELISA) reported, particularly in women.
Less commonly than for ANA, rheumatoid factor has also appeared high for several months.
• Ferritin has been found low in many sufferers including those who later developed fatigue.
• Low testosterone for men is very common (up to 50% affected), but also occurs in women; FQ testosterone effects appear in animal studies; low testosterone is pro-inflammatory.
• Thyroid markers are often lowered in men and women, and thyroid medications often need adjustment.
• Those who go on to develop neuropathy have often reported low vitamin B12 or B6, although a fraction (~10%) with neuropathy already have high vitamin B6 levels so that B vitamin supplementation exacerbates neuropathic pain.
• Complete blood counts with differential, lymphocyte subpanels, complement tests (CH50, C4, etc.), total IgG, and IgG subclass tests have often revealed abnormalities in counts of lymphocyte and CD cell types and abnormalities in ratios between IgG subclasses.
• A number of women have reported low progesterone.
• A number of sufferers have low magnesium for months.
• MRI tests have revealed tendon degeneration, cartilage degeneration, cysts, and labral tears, but many MRIs didn’t detect abnormalities unless pain was severe or range of motion was limited.

(medium priority tests:)
• FQs as a class can cause dysglycemias.
• High HGH or IGF-1 during the first six months has been reported by several of those with diffuse tendinopathy.
• Apolipoprotein A-1 has tested extremely high for a few.
• High cortisol in the first 2-3 months has been reported by a few.
• Several have reported elevations of cholesterol with respect to previous tests.
• Several of those with abnormal heart rhythm (cardiac arrhythmia) have found unstable high and low blood pressure as well as abnormal electrocardiogram (EKG) results.
• Several other B vitamin high/low abnormalities have been reported.
• Several of those left unable to work had permanent brain lesions or brain abnormalities revealed by MRI and or quantitative EEG that justified claims for Social Security disability benefits.
• Liver enlargement, liver lesions, kidney cysts, spleen enlargement, spleen lesions, kidney lesions, and ovarian cysts all have been reported several times each.

(low priority tests:)
• Gastric emptying studies have revealed delayed gastric emptying (gastroparesis) in several of those having neuropathy combined with constipation or slow motility.
• Endoscopy has revealed stomach inflammation in several of those with nausea, reflux, and extensive food tolerance problems.
• Four-hour long oral glucose tolerance tests (OGTT) using 75 grams of carbohydrates have revealed a variety of blood sugar abnormalities for several persons, such as reactive hypoglycemia and more.

Was This Topic Useful?